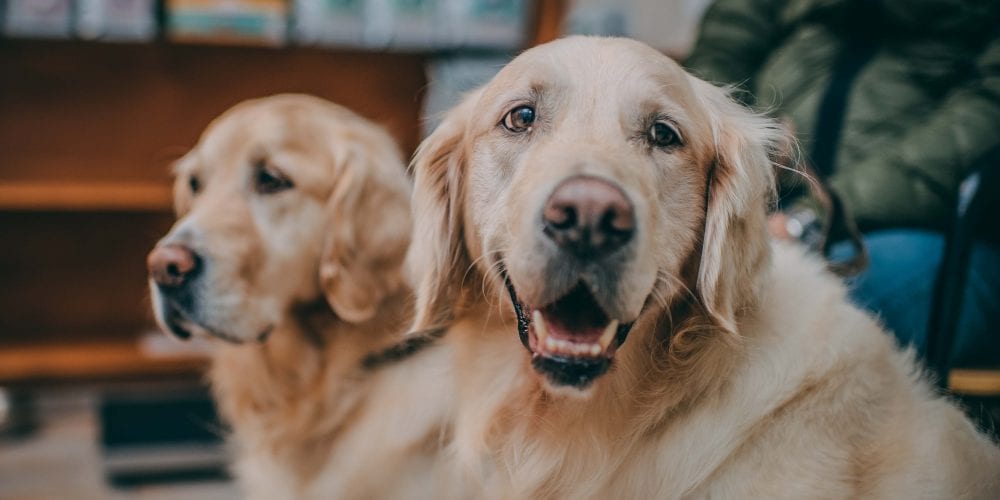 A WARRINGTON vet has issued a festive warning to keep mince pies and Christmas cake out of the way of pets after a golden retriever ate a whole bag of sultanas which could have killed him.

Emily Guest of Beech House Veterinary Centre in Wilderspool Causeway said that sultanas and raisins, the key ingredient of many Christmas treats, can cause fatal kidney failure in dogs if eaten.

Her warning to be extra vigilant was backed up by dog owners Roger and Rosie Wood after one of their golden retrievers, Oliver Louie, had to have an injection to make him sick after eating a pound of sultanas.

Emily said that although not all dogs are susceptible to sultana, raisin or grape poisoning, it was impossible to know which animals might be affected or how little is needed to cause potentially fatal renal failure.

If eaten by a dog, grapes and any derivatives such as raisins and sultanas, can produce high levels of toxins which, if left untreated, could cause irreversible kidney damage. And just one grape or sultana could prove fatal.

“Just four grapes have been known to kill a four-kilo dog so the risk is real,” she explained, “And it doesn’t matter how big your dog is, large or small.

“With Oliver Louie it was the enormous amount of sultanas he had eaten that was also a concern.  First of all we gave him an injection to make him sick.

“Then we gave him activated charcoal to bind with any toxins that may have been released in the gut. This prevents any sultanas which have not been thrown up from being absorbed as they make their way through his gut. We then monitored him for a few days to make sure all was well with his kidneys and he was then discharged, with no ill effects. 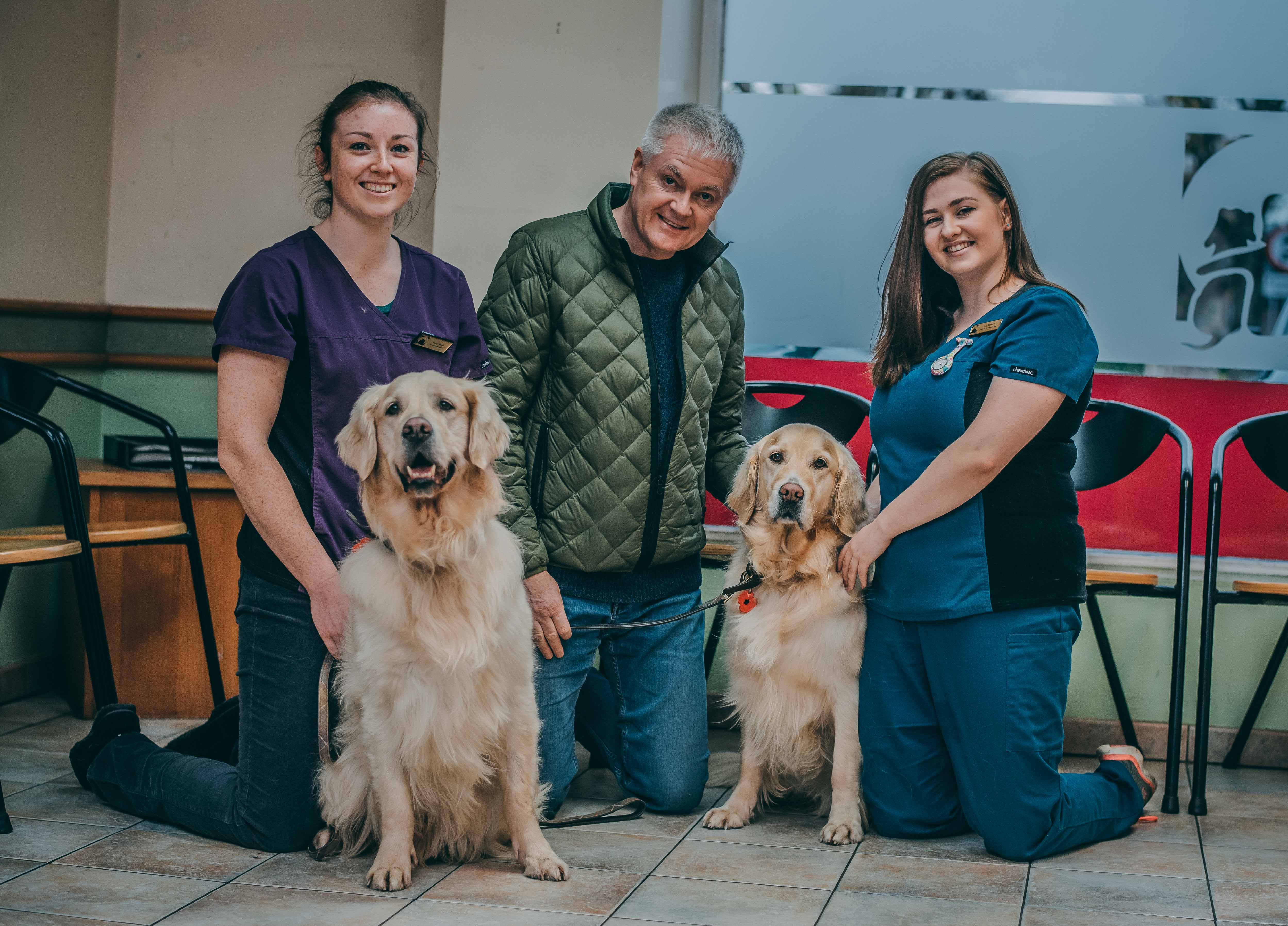 “Oliver Louie was fortunate as his owner knew of the dangers and knew what to do. But in the run up to Christmas it’s about prevention as much as treatment.

“Grapes, sultanas, raisins, chocolate, onions, garlic, Ibuprofen – these are all things you may have around the home over the festive period that can be poisonous to your pet.

“Keep them out of harm’s way and if you suspect your dog has eaten something they shouldn’t, don’t wait but contact your local veterinary centre as soon as you can for advice.”

Roger, 59, from Holmes Chapel, was already aware of the potentially fatal consequences that grapes, raisins, currants and sultanas can have if eaten by a dog. So, when he suspected one of his two golden retrievers, Oliver Louie and his sister Scarlett Bluebell, of eating a large bag of sultanas, he knew he had to get immediate help.

After receiving urgent treatment from the expert team at Beech House Centre, which has a 24/7 emergency service, eight-year-old Oliver Louie – the sultana-eating canine culprit – has since been given a clean bill of health.

But knowing his beloved pet had had a lucky escape, Roger is now concerned that, in the run up to Christmas and the many seasonal treats that contain the potentially lethal ingredient, other dog owners may not know of the risk.

The father-of-two explained: “Fortunately, I was aware that these products were dangerous but I’m sure lots of other pet owners don’t know. Many of the people I have spoken to since who own a dog said they didn’t realise they were poisonous.

“Oliver was really lucky – I knew it was a problem and I knew what to do but if I hadn’t known and then left it without getting help, it could have been a very different story.”

The pet drama unfolded in the Wood family home when Roger and his wife Rosie went out for an evening meal. Earlier that day Roger, who runs his own pet food business MPM Products, had put some sultanas in his breakfast porridge and inadvertently left the bag on the kitchen top.

“At first I assumed it was Scarlett as she’s the one that will eat everything. At that point they weren’t showing any signs of illness, but I knew the sultanas could be harmful so thought this isn’t good.

Not knowing which dog had eaten them, Roger took both of them straight to Beech House in Warrington which runs a 24/7 emergency service.

Beech House is part of Willows Veterinary Group. It offers a wealth of knowledge and expertise through 25 small animal practices, a referral veterinary hospital, two equine centres and a five-office farm practice which are located across Cheshire and into the Wirral and Staffordshire. Willows is accredited by The Royal College of Veterinary Surgeons.

Once at the surgery, the two golden retrievers were immediately given an injection to induce vomiting so that the contents of the dogs’ stomachs could be emptied before any toxins from the sultanas had started to move into their digestive system.

Beech House veterinary nurse Izzy Roberts, who was part of the emergency team that admitted the two dogs, said the fact that Roger had got his pets to the surgery within a few hours of the sultanas being eaten made all the difference in Oliver’s recovery. 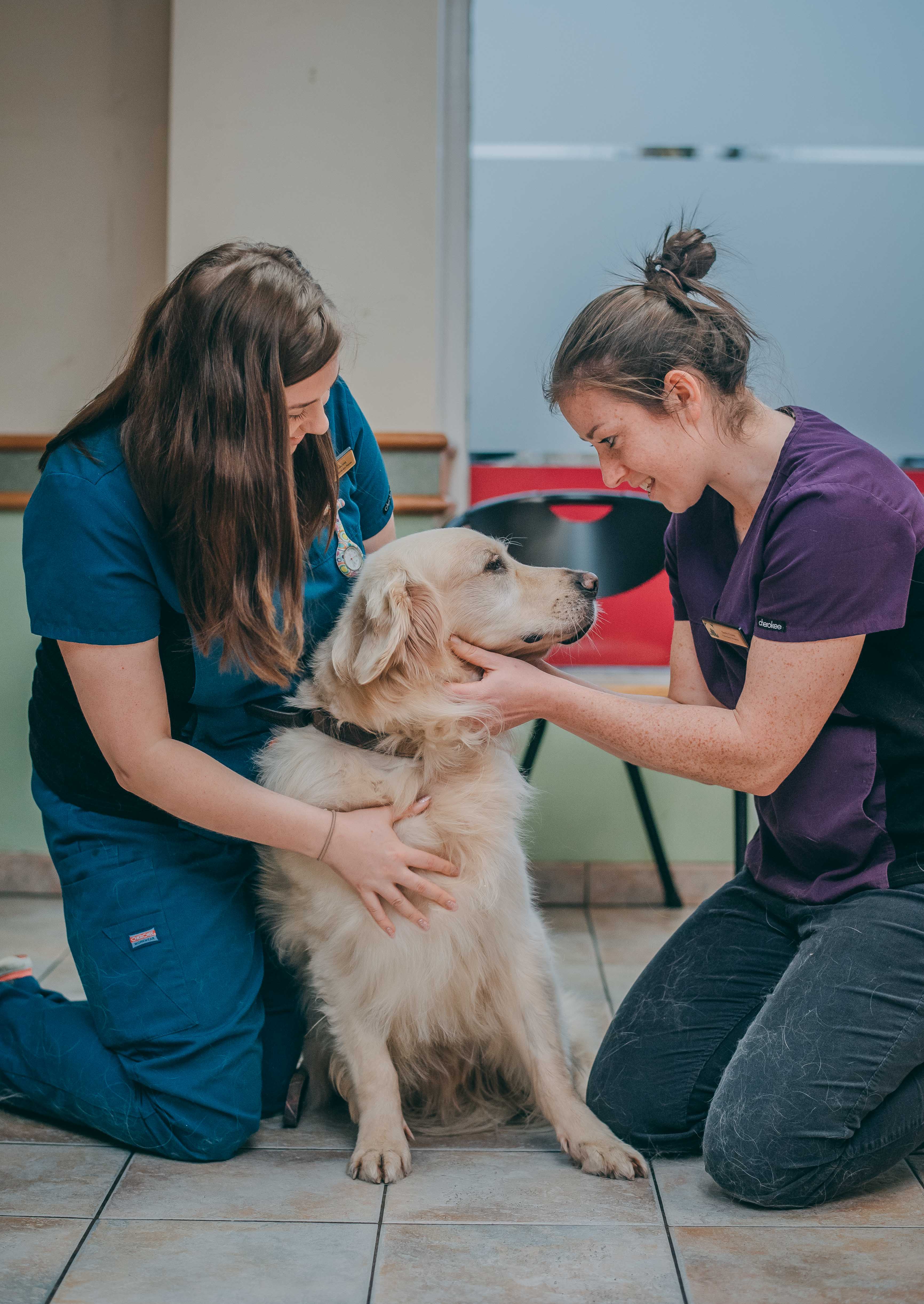 Izzy, who has worked at the vet centre for two years, said: “Dogs who have eaten sultanas don’t show signs straight away, but the kidney damage can be done if we don’t get them in as soon as possible and make them sick to get everything out.

“And it turned out that Oliver had eaten the whole lot, and poor Scarlett hadn’t done anything!”

With Oliver identified as the culprit, he was immediately put on fluids and kept in to be monitored over night until blood tests showed that his kidneys were unaffected, and he was well enough to go home.

“Oliver was a lucky lad. If left, the damage would happen over a few days and eventually dogs can have seizures as their kidneys fail and go into a coma, and it’s pretty hard to get them back after that,” Izzy added.

With Oliver Louie now happily back at home with his sister Scarlett, and with no ill effects from his sultana-eating ordeal, Roger hopes other pet owners will now learn from what he calls ‘his lapse in concentration’.

“Know what can harm your dog, especially with the food that is around at Christmas time and keep it out of their way. And if you think they have eaten something that’s not good for them, don’t wait but call the emergency vet for advice.

“It was just one bag of sultanas we had not noticed before we went out, but it could have been curtains for Oliver. I will now always try to be one step ahead and make sure everything is cleared up so there is no temptation in their way!”